The 5 most annoying myths about women and training Part 2 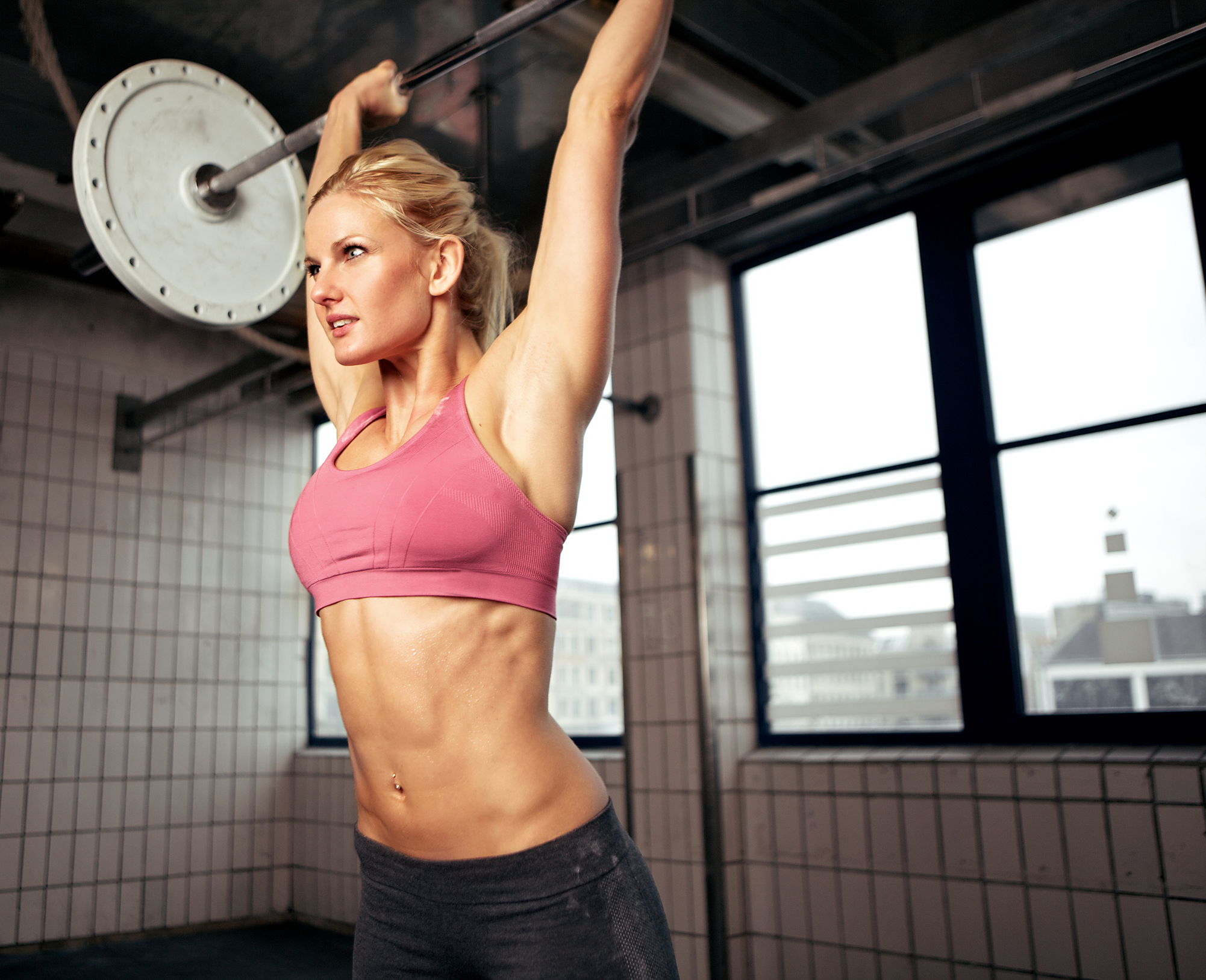 Another doozie and often, this one does as much damage to guys as it does to women. So here’s the myth. Women need around 2000 calories a day, guys need 2500 calories. Rubbish. If a man and a woman have the same body composition, weight and lean muscle mass, they need the same amount of fuel to maintain it. It’s that simple. The best formula for working out how many calories you actually need, (these are good calories by the way not manufactured plastic imitators), is to take your lean weight in pounds and multiply it by ten. Then scale your activity level on a day to day basis, not including exercise, from 1 to 10. One being you lie in a coma and 10 being you’re a bicycle courier with a penchant for late night raves. Take the first number and multiply it by the second as a percentage. So, as an example a man/woman weighing 140lbs (10 stone) with a bodyfat percentage of 20% and an activity level of 5 would have the following equation:

Now if that lady or gentleman were consuming the ‘recommended’ daily amount they’d have a surplus of between 320-820 calories.

Bottom line: it’s nothing to do with your gender, it’s to do with how much of your body is made up of tissue that needs some sort of maintenance or repair. And the truth is, even sticking to calories alone is often a bad idea, because you can still eat like a pig, not have more than you need and get fat (maybe a subject for another post). But if you’re eating well and stuck above where you want to be, that’s how you can work out what you actually need.

This is the theoretical antitheses to the argument by many women who don’t want to lift weights because they’re afraid they’ll get ‘all muscly’. Todays women are more informed. They know that they produce 80% less of the hormones necessary for muscle growth than men. The issue is that a number of women have taken this to mean that there’s not really any advantage to lifting ‘heavy’ weights because they won’t get the same out of it as guys. My honest feeling is that it’s still another way of avoiding the idea of getting bigger or more muscular. The real problem is that there are a host of benefits that training with heavy weights offers women.

Firstly, as noted above, women produce less androgens, (male hormones) than men. But, what if I was to tell you that those hormones affect fat storage around the thighs, butt and upper arms? Ever noticed that guys have less fat in those areas? What if I also shared that heavier weight training boosts production of those hormones in women, which in turn helps reduce the ability of fat cells in those parts of the body to store fat.

Secondly, we’re in an era where women are becoming more successful and more empowered. Wouldn’t it be nice to be stronger too? Not just physically either. Research has shown that women’s mental fortitude goes up in line with their physical strength in response to appropriately challenging weight training programmes.

So, my argument is, if women have less of the hormones necessary for controlling fat storage on the hips, thighs and arms, and weight training helps improve levels of those hormones, who needs it more?