The 5 most annoying myths about women and training Part 1 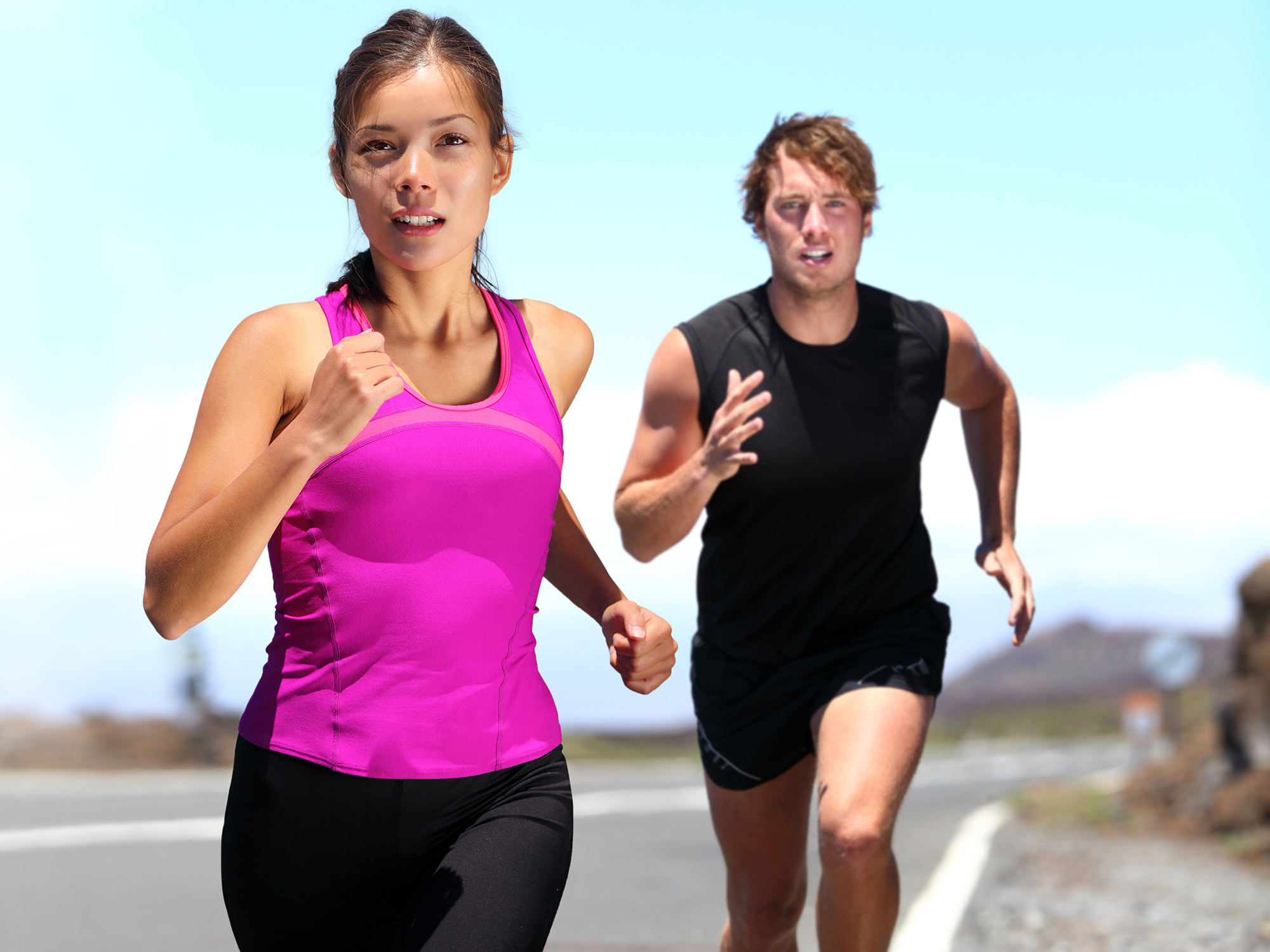 Aegis Training are a world class training facility in the heart of London. So I was honoured to be invited to write for them. As one of the most competitive markets in the world, any business that survives is a success, never mind one that thrives. That Aegis continues to grow and excel is a testament to the skill and professionalism and it's staff. Check out this article I've written about female training myths.

Over the many years I’ve worked in the fitness industry I’ve noticed a pattern. It was subtle to start with and only became obvious over time. Every day, women everywhere are being lied to. What’s worse, they’re being lied to by everyone. They’re being lied to by trainers, by men, by the media and even by other women. Not only that, but it’s happened for so long and so often, that many of these lies have now become fact.

In an effort to redress this truth imbalance, I’m going to expose the top 5 myths regarding women’s training. I’ll share what the myth is, why it’s BS and even more importantly, what the truth of that particular matter is.

So without further ado, here they are in reverse order (otherwise I’ll start wound up and will stay tetchy for the whole thing):

In almost every gym I go to across the country I’ll hear trainers discussing how they train their male clients and how they train their female clients. Whilst it’s not universal, the vast majority of them have completely different approaches to the same goals for members of the different sexes. Why? The last time I checked, (a long time ago, with a cadaver far, far, away), women’s muscle is constructed the same way as men’s. Their skeleton has the same basic structure and their blood vessels provide fuel and oxygen the same way. So if men and women are almost identical structurally if not anatomically (a couple of noticeable exceptions prevent this), why the need to train differently, assuming the same goals. If a man is training for fat loss, why should the best approach for a woman be any different? The answer? It isn’t! The truth is that fat loss requires 3 key ingredients to be effective, (write these down):

Firstly, your nutrition needs to be in order. You can’t out train a bad diet. If you struggle with this, get it tattooed on the back of the hand you reach for food with.

Secondly, you need to make sure your lifestyle and environment are suited to fat loss. This is a little more subtle, but it involves the food and drink in your cupboards at home, the friends you associate with and even the clothes you buy. Bottom line, if you think like a ‘chubby’ person, you’ll remain a chubby person. The most successful clients I and most other coaches have are the ones that change their mind-set to that of who they want to be, not who they were.

Lastly, you need an exercise programme that significantly raises your metabolism in such a way that ensures, even when you stop working out, your body’s still burning more calories than it would normally. If you do this right, you’ll get 11-72 hours of that increased fat burning effect, plus almost all of those calories come from fat. Result. Getting back to the subject matter though, none of the above three points are in any way gender related. Fat loss is fat loss whether you’re a guy or a gal. Nuff said.

4. ‘Cardio’ is a necessary evil

This one’s a little trickier to dispel as a myth, because the term cardio is now widely used and marginally understood. For the purpose of this debate however, my definition of cardio is the one used by most of the people I speak to in gyms and PT studios when running courses. That is, running on a treadmill, cross trainer, or doing some kind of circuit or aerobics class. If you’re not among those that adopt that school of thought then bravo, but pay attention because it gets better. Some more enlightened members of the industry and their clients will even distinguish between steady state and interval cardio…….. and then still put clients on a treadmill to do it, (I really need one of those bwah, bwah, bwah noises here to indicate a wrong answer). ‘Cardio’ as a term, should ideally be replaced with the term conditioning and be used to describe anything that challenges the cardiovascular system in a way that causes an upward adaptation. The reason that’s important is that most ‘cardio’ is boring. I can’t stand it, can’t think of any reason my clients would either. However, as soon as you accept that the outcome is important, but the means is not, it opens up a whole realm of possibilities. To illustrate this more effectively than anything I could write, here’s an example of a circuit one of my female clients is doing at the moment:

Set up with a barbell, roughly a quarter to a third of your bodyweight, at one end of a mat and two dumbbells 3-6kg depending on your strength and fitness levels at the other, then perform the following exercises in order, for the prescribed number of repetitions. Twice. Then take active rest for 60-90 seconds (walking, mobilisation movements, etc.), again choose the time based on your fitness levels. Then repeat 3 more times. Time each ‘circuit’. You should be trying to complete it in the shortest time possible, without sacrificing good technique.

Put the barbell down:

On the last one stay out in the push up position:

Mountain Climbers x 10 each side

After the last one jump in then stand up for the first burpee:

On the last one stand up picking the dumbbells up at the same time:

After the last one, step straight into:

Dumbbell Walking Lunges x 5 each leg (not alternating) take five steps in one direction, turn round and do the other five coming back to the starting point.

Repeat without stopping one more time.

That’s it. If you’re not breathing like a steam train at the end of it, either you didn’t try hard enough or the weights were too light. Don’t judge it on the first round though, wait until you’ve done all four.

Once you’ve done it, you will no longer in any way believe that ‘cardio’ has to involve any kind of repetitive motion, especially one performed on a machine. You’ll also notice you don’t have much time to feel bored either.

That will do more for your body composition than any treadmill, plus it’s healthier too.

3. Group classes are all created equal

One thing I hear a lot when asking women about their exercise habits is ‘I do classes’, as if all classes are created equal. They’re not, and in fairness, nor should they be. But the idea that just because you’re doing an exercise class taught by a fitness professional, you’re getting an appropriate workout, is ludicrous. The truth on this one is pretty simple. Every class has two sets of objectives, the advertised objectives and the unspoken ones. The advertised ones are along the lines of; lose fat, tone up, get fitter, or even, ‘lengthen your muscles’ eurgh. The unspoken ones can be more along the lines of; make sure everyone has a good time, don’t upset/alienate/offend anyone, help people feel comfortable with themselves, make people feel like they’re doing something active, etc. Now that’s not to say the two objectives can’t be the same, but for most classes, this is rare. One thing all good classes have, if they’re at all interested in the results, is some form of recording and tracking what those results are. BodyPump for example; great class, love it. It gets people comfortable with the idea of training with a barbell, introduces the basic movements, and encourages a basic system of progressive overload. The fact that you occasionally get tracks choreographed to Nickelback is a bonus. However, do it for too long and you’ll probably end up with muscle imbalances and some form of repetitive strain or inflammation, unless you’re taking deliberate steps to prevent it. No one size fits all is going to fit anyone particularly well forever. So look at any classes you’re doing and ask yourself, how well does the promised objective match the experience. Choose smaller more bespoke classes, ideally those that involve moving quickly and moving heavy things around.