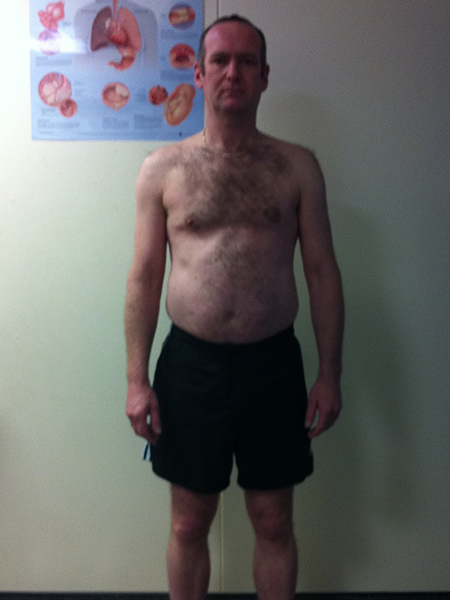 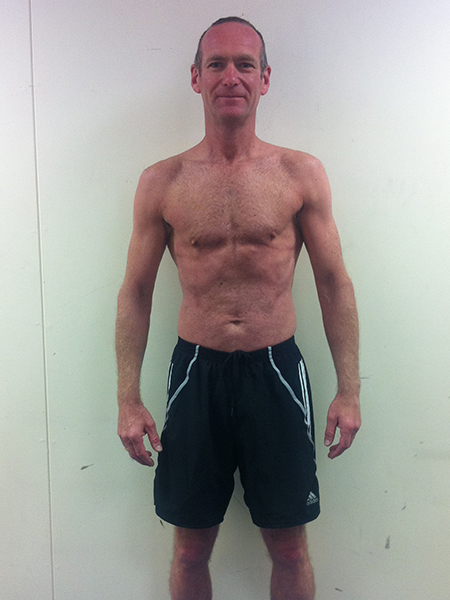 Despite going to the gym 3 days a week and training hard, Mark had struggled to lose weight. As a keen racing driver in his spare time, he was also keen to reduce the overall weight of the car as well.

Mark started with a basic exercise programme to correct some postural issues and get him acclimatised to proper exercise.He also received a complete food plan for his first 12 weeks, designed to optimise his digestive system and kick start his fat loss.

It should be noted that during his initial consultation Mark stated,

“I know I’ll never have a six-pack, I just want to be a bit healthier and get rid of the belly”.

6 months on Mark has a six-pack for the first time in his life, his bodyfat is 8%, his fitness is better than when he was a child and he’s on the verge of coming off his blood pressure medication.

Of his experience, Mark says:

“I’m a naturally sceptical person, so I wasn’t really sure this would work, but even after 4 weeks, people were commenting on how much better I was looking. I can honestly say I’ve never felt so healthy in my life”.