7 Reasons Why You’re Not Gaining Muscle – And What To Do About It. 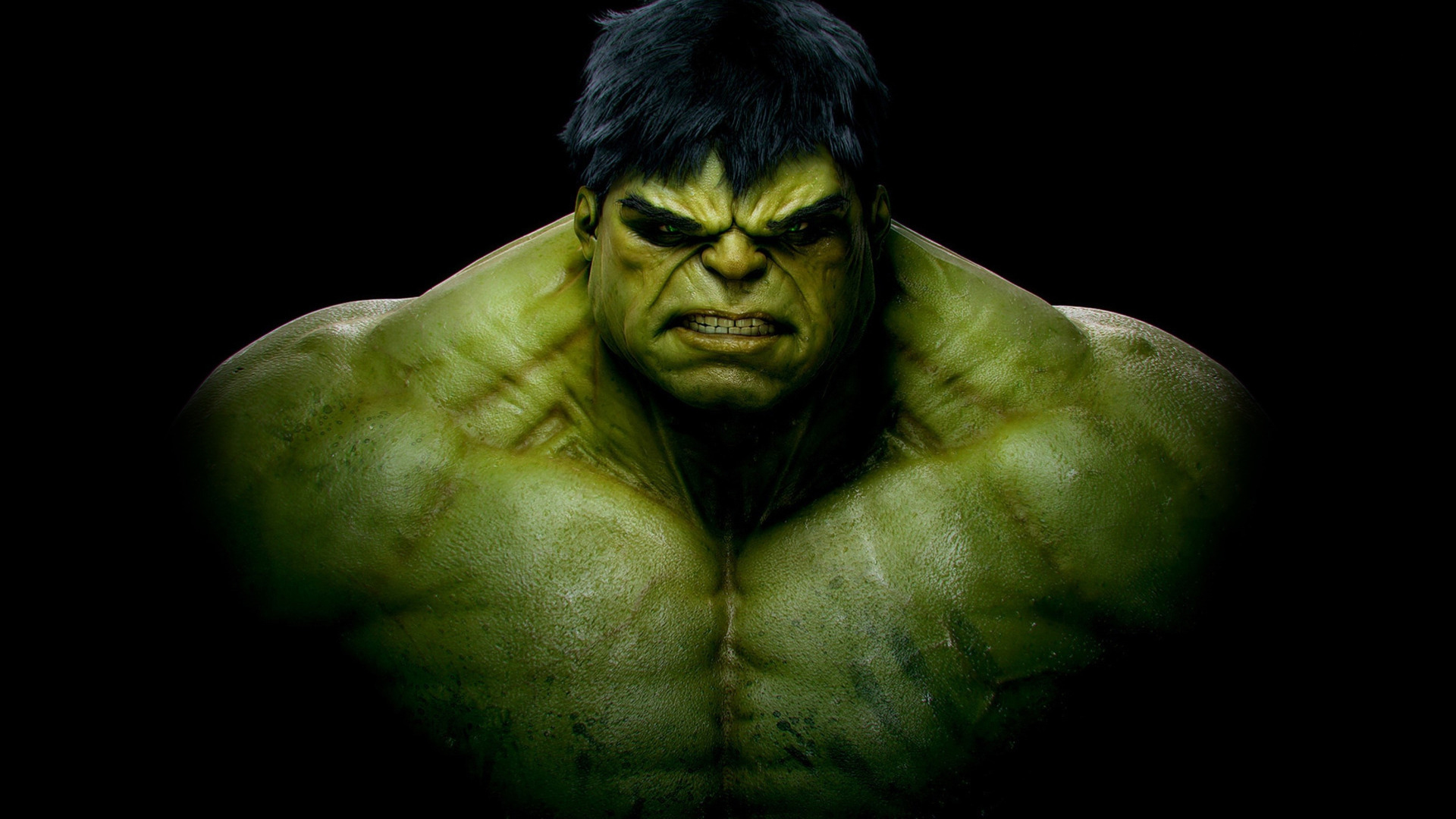 That’s where I come in. In this post you’ll learn seven of the basic mistakes most trainees make and as a result, the simple changes you need to implement to fix them.

Up front, I want to be clear however. I have no line of supplements to retail, no eBook to sell, nor do I have any other agenda other than to educate and assist. Therefore, you won’t find a system or programme in this post, but rather a series of tips, which if applied correctly, will help you achieve the body you desire.

The first thing I look at with a new client looking to gain muscle is their nutrition. Principally two areas, food quality and food quantity. If you want to build a house you need bricks. If you want to build a bigger house, you need more bricks. Not bigger bricks. There’s been a tendency for trainees to eat more calorie dense foods to bulk up, but you actually need more of the same healthy foods you’d normally eat.  On top of that, a healthy whack of that food should be providing you with protein. Now I don’t much care if it’s animal or vegetable as long as it’s complete. Meat’s the easy way of doing that, but if you’re a vegan or vegetarian, then get really good at planning your meals and combining your food sources.  A rough guide on how much protein to consume is at least 1.5 grams per pound of bodyweight. So a 150lb man would need at least 225g of protein a day. Most of that should come from natural sources and ideally, no more than 20-25% from shakes/bars. If that seems a lot, consider the maths. That will provide you with about 900 calories, the same from carbs and fat will put your intake at around 2700 calories a day, not a huge amount. The key is that your food has to be good food. If you eat sh1t, you’ll build a sh1t body, certainly from a health perspective, regardless of aesthetics.

Muscle gets built while you’re asleep, not in the gym. This point could also have been titled, ‘You train too much’. A common misconception is that training more means more results. Sometimes that’s true, but it all depends on your ability to recover from that training. If you’re eating right and training hard and not growing, your sleep could well be the issue. Aim for at least 7 hours, but ideally 8+. Sleep in as dark a room as possible and keep it relatively chilly. If getting or staying asleep are an issue, see an appropriate professional and get it fixed, as you’ll struggle to grow otherwise.

Most of the male clients I have, experienced a similar sensation when they first trained with me. Bewilderment. As I explained to one client today, you either make a rep or you don’t. The weight’s either right or it’s not. Far too many guys, (I say guys and not ‘men’ deliberately), want the spotter to help them get the last 7 reps in a 10 rep set. My belief is that a spotter is there to preserve life, i.e. to prevent you being crushed by the bar. They are not there to pander to your ego, get a workout themselves or rest their nutsack on your forehead.

Spotters are there to prevent a direction change of the weight. If it’s still moving in the right direction, no matter how slowly, leave it the feck alone. The exception to this is the last 2 reps of the last set of an exercise, provided it won’t compromise performance in the subsequent block. See, I don’t mind forced reps, I just don’t think the entire workout should be made up of them.

Mistake #4 – You train for show

If you’re spending too much time on concentration curls or kickbacks because you think the hot girl by the water fountain is marvelling at your manly mass, think again. Nobody builds size with isolation exercises. Chemically enhanced or genetically gifted, it doesn’t matter. If you want to get bigger muscles you need big movements with big weights. Squats, deadlifts, presses and pulls. If these aren’t in your routine, you won’t be maximising your efforts. Then again, they are hard work. If you’re serious about packing on some lean, healthy muscle, then any workout you do should have one of the above four movements in. Oh, and by the way, that hot girl is probably marvelling at the similarity between your manly grimace and her pit bull’s expression when it’s constipated.

Mistake #5 – You train for strength

In fairness, this is one mistake normally made by the more intelligent trainees. After all, if you get stronger, you can lift more weight. If you can lift more weight, you’ll get bigger. Right? Ish. As Kai Greene so eloquently put it, a body builder is only interested in what makes his muscles grow, he couldn’t care less what weight is on the bar. A weightlifter on the other hand is all about poundage. If you want to get stronger, it’s all about progressively increasing the weight on the bar. If you want to get bigger, it’s all about how many times you move the bar and how much micro-damage you can do to the muscle. Think of it as weight on the bar vs. time under the bar. Most strength athletes will focus on rep ranges anywhere between 1-6 reps, with ventures into reps above that range saved for assistance or support work. To gain mass however, you need more time under tension, (ideally 40-70 seconds in general), so 8 reps or more are preferable. It’s also one of the reasons bodybuilders chase the ‘pump’ so much. You can’t get it with one or two reps.

Most of the guys I see in commercial gyms are training chest, arms (normally biceps), shoulders, abs and quads, in that order. It’s rare that I see people devoting the same amount of time to the dark side of the body, which is a shame as it can really help to leapfrog your gains.

There are two main reasons for this; firstly, your body needs structural balance. Imagine having a car that could do 140mph. Now imagine your brakes cut out anytime you went above 70mph. How fast would the sensible part of your brain ever let you drive? Yep, 70 max, or probably 65 just to be safe. Now the part of your brain that auto-regulates  force production and power output has no ego, no emotion and no pride. That means it will let you produce only as much power as you can safely control (unless you trick it, which is another matter). So if you’re building this honker set of pecs, you’d better have a healthy set of lats and serratus to support them.

The second reason is because we can only see what we see. What I mean by that is, we assume that adding mass to the areas we can see will make us look bigger, because that’s all we can see. The truth is, if you were to compare two guys with equal development in the chest for one and the back for the other, the guy with a developed back will look bigger. Bigger triceps will always make arms look more muscular than biceps alone.

Training hard is 1 part attitude and 1 part execution. If you’re only getting half the equation, you’ll only get half the results. I like to get worked up when I train, I like to feel aggressive and I like to feel like I’ve given absolutely everything. For me that means some loud in your face music, no chatting to people and focussing solely on the task at hand. Ultimately, you get out what you put in. One of the advantages I get from a trainer is I can just focus on doing. I’m not counting reps; I’m just focussed on the next one. I’m not thinking about inter set rest periods, I’m just focussed on getting myself ready for the next round. I’m not checking my own technique; my trainer will let me know if I let anything slips. Plus, I’m held accountable. Someone’s judging me, judging my effort and my resolve. Whatever my best is on any given day, I expect to give it. Most of the guys I train stop way before the worthwhile work takes place. Once I’ve benchmarked what they’re actually capable of, they have no excuses. I expect better every time they train. They’re not allowed to go backwards.

Bottom line, if your muscles don’t feel pumped to the point of splitting, if you feel like you’ve still got a few reps in the tank (with a normal weight), or if you feel swift, loose and nimble, then you probably kept something back.

Find an environment that encourages training hard rather than stares at it wondering what it’s on. Get a good coach or at least a training partner. And push yourself.

Finally, it may be noted by some that I am not the most ‘swole’ guy on the planet. That’s fine with me. I like being the average guy in the gym who lifts way above average weights, very well. In spite of that, most of my clients looking to get bigger gain between 10 and 19lbs of lean muscle in their first 10 weeks. Most of my male clients get asked what they’re taking by the less informed members of the gym. So if you want to get bigger, do yourself a favour and check your own behaviours against the list above. If something doesn’t fit, change it.